Garage management specialist TechMan has helped Swift Motor Services in Worthing to achieve a record four months since going live with the system in July. 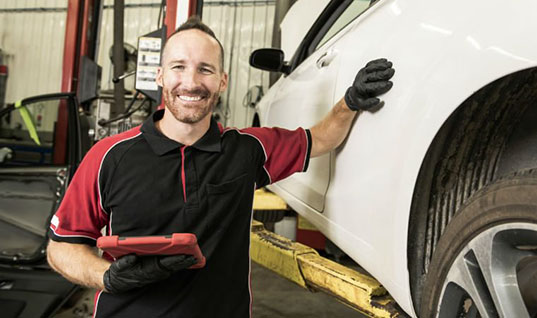 Swift Motor Services first opened its doors in 1990, and has grown in scale significantly over the past 28 years, expanding its operations to a second site in order to better accommodate commercial vehicles, and now employing 18 staff across both locations.

After some initial ‘teething troubles’ with the TechMan system, garage owner Glen Strachan was inclined to end his subscription, as he lacked the time to fully immerse himself in how the system worked.

Glen said: “To begin with, we found that working with the parts tracking system seemed to take too long, and we found that mechanics were standing around not doing anything as they weren’t adding their jobs onto the tablets quickly enough.”

TechMan promptly delivered additional on-site training for Glen and invested days of their time to addressing the technicians’ questions and concerns in person.

“The TechMan support team have been very patient with us,” continued Glen.

“They helped us to tailor the system to suit our needs, and I was amazed to find that – despite the hard slog of the first few weeks – when I examined the figures at the end of the month we had hit a record for labour sales.

“As we got more adept at using the system we achieved better and better labour sales each month for four consecutive months.

“The ability to be able to see our productivity and the hours that we have available to sell has totally transformed the way we work.”

Such simple yet effective features help to highlight how many hours garages are actually selling each day, helping to streamline the overall efficiency of the business.

TechMan’s transformative impact on Swift Motor Services has lead Glen to upgrade to the ‘Pro’ subscription package, which will allow him to track technician efficiency and manage his second site remotely.

For further information call 01604 666720 to arrange a TechMan demonstration.

4 Tips to Get More Customers For Your Garage Business

As a garage business owner, getting more customers to your garage should be one of the most important goals on your to-do list.

5 Tips to Improve Efficiency in a Garage Business

As a garage owner, improving your garage efficiency should be one of the most important goals of your business.

Stock control, whilst perhaps not your favourite job, is a crucial aspect of garage management. When done correctly, it can enhance the performance of your garage. 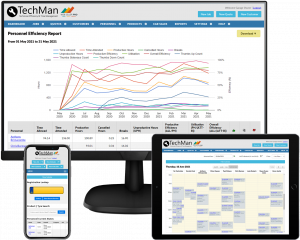